Aston Martin DB5: is a barn find worth a full restoration and rust proofing?

The 1960s Aston Martin DB5 is a car that has thrilled the film industry and car enthusiasts since the day it was first bought to market. The DB5 is well known for it's appearance in the Oscar winning James Bond films. There were 983 premier British Aston Martin DB5 models manufactured and bought to market between 1963 and 1965 equipped with a 4-litre engine that produced up to 282 horsepower.

With the 25th James Bond movie trending and news from Aston Martin Lagonda Ltd announcing the build of the authentic DB 5 reproduction which is expected to be delivered to customer in 2020, it seemed fitting to delve in to some history about this iconic British car. So, Danny Boyle exits throwing the franchise in to chaos but Goldfinger DB5 lives on!

The Aston Martin DB5 £2.75 million collectable classic will forever be linked to the James Bond film. According to a BBC report, "Bond's creator Ian Fleming had originally envisaged his British spy in a Bentley, but the Aston Martin was preferred by film-makers for its enthralling combination of Italian design and British engineering."

This car steeped in a history of class, performance, sophistication and glamour has a price tag to reflect this. Even an old rusty barn find can set you back anything from £40,000 to £120,000. A pristine Aston Martin will sell at auction in excess of £10million. If a restoration is your thing and you have the cash, dedication and passion, this love affair with a classic car is likely to be a grand investment. Just 983 Aston Martin DB5's were ever made hence fetching a high price whether a barn find or fully restored to exact specifications.

Some of the 5 to 10 thousand parts that make-up an Aston Martin wear and show signs of corrosion. According to Aston Martin's Workshop Restorations, as the cars age the seals become stiff, paintwork gets damaged and existing rust protection breaks down.

The stages of rust proofing a classic car are discussed in this article,  Classic Car Rust Proofing. 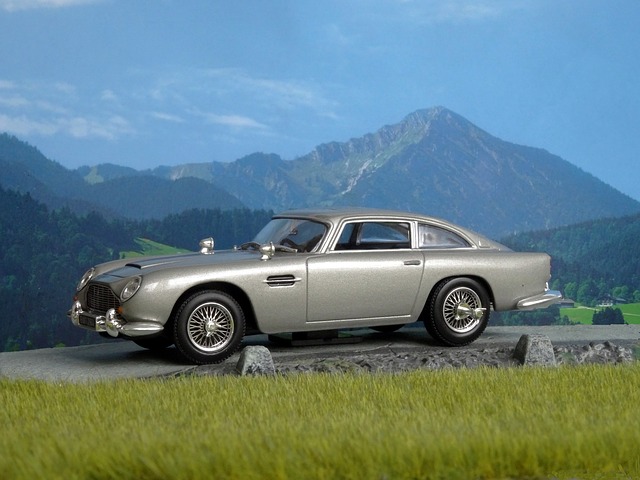 A restoration project would involve all new and restored structures being primed and painted with a tough primer, to coat and then a  rust proofing wax coating applied.

DINITROL rust proofing treatments are supplied in aerosol format or with an undercoating gun for those who have access to a compressor or air supply. DINITROL spray diagrams are also available to purchase and are specifically created for each vehicle type to ensure no safety sensors are damaged and full coverage applied.

If extensive corrosion or rust are present you may require an additional product DINITROL RC900 designed to convert rust on substrates into a stable organic iron complex. 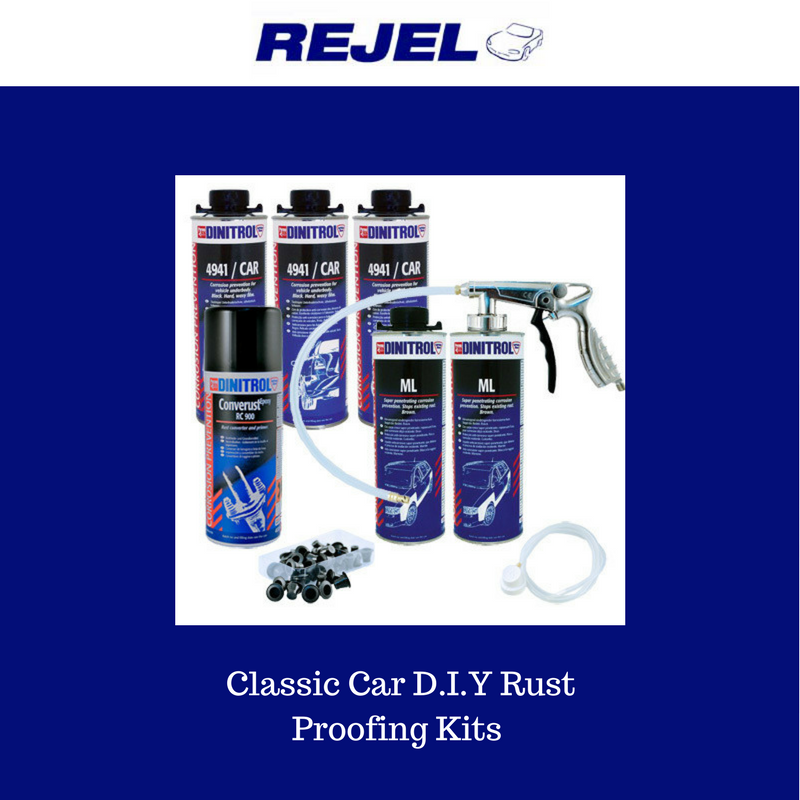